Potara fusion has said to be stronger. Plus it's frickin Vegetto.

Goku and Vegeta have been constantly training, therefore a power multiplication will result in a much higher fusion than when they did for Vegetto.
Ex. for Vegetto: Goku 6 x Vegeta 5 = 30 whereas for Gogeta: Goku 8 x Vegeta 7 = 56.

We don't know enough about the growth rates, or fusion multipliers.

and then if we assumed even growth rates:

But if it's X+Y * Z, or the growth rates are different, ect.


From a philosophical standpoint, I'd like to say U18 Gogeta would be stronger. Goku and Vegeta training separately and with the rivalry between them serving to drive, and with closer opponents to spar with should grow faster than Vegeto.

the winner would be who ever salagirs likes more

Vegetto would win because of the time limit.

we know the fusion dance lasts 30 minutes.
ssj3 seems to shorten this to 5 minutes (in gotenks case), lets say gogeta being more expierenced can hold it for 10 minutes.

vegetto still has the advantage.

Vegetto is a fighting genius, as is Gogeta. I'm sure Vegeto could twist it into a war of attrition and drag it out if he wants to...

But assuming they are equal in power, odds are they're going to clash and give it everything they have for the thrill of the fight as neither one of them actually cares about winning.

Actually, interestingly enough, I'm going to guess that the only power player that actually cares about winning the wish is Namek.

i say gogeta because goku and vegeta training > vegetto training. uub will probably be a far superior partner than bra. and vegeta claims that he has a new trick up his sleeve that could boost gogeta past vegetto. then again he did talk about how vegetto and broly are so much stronger than anyone else in the tournament.

actually we dont know if namek and frieza are the only ones gunning for a wish.

I think (and really hopes) that Gogeta is stronger than Vegetto

Normally, I'd go with Vegetto, but for DBM, I hope Gogeta would be stronger.

Normally, I would assume that a Gogeta that was comprised of a Goku and Vegeta who had trained separately for 20 years would be stronger than a Vegetto that had trained for 20 years. However, with Salagir's announcement of diminishing returns in regards to power in mind, I'm going to say that Vegetto is stronger. Or, rather, would be stronger. Gogeta hasn't actually shown up in DBM.

Hyp3rB14d3 wrote:Normally, I would assume that a Gogeta that was comprised of a Goku and Vegeta who had trained separately for 20 years would be stronger than a Vegetto that had trained for 20 years. However, with Salagir's announcement of diminishing returns in regards to power in mind, I'm going to say that Vegetto is stronger. Or, rather, would be stronger. Gogeta hasn't actually shown up in DBM.

I Don't think Gogeta will show up

but I discussed the flaw in Salagir's decreased powers with age. I discussed it already but now I'm banned from the comment section (and I'd really like to know why). In anycase (the numbers are a little uncertain) but here we go.

//The age theory doesn't work too well because not only do we account for their slowed aging that Vegeta mentions at the end of the series, but how old are these characters exactly. Take Goku for example. According to Dragon Ball wiki Goku was 36 or 37 after the cell saga (the sources are "official" but they vary.... a lot), they also say that Vegeta was 44 during the Buu saga which would make him the same age as Goku though they also say he was born 5 years earlier. Never trust wiki's....

In any case, Goku was 22 when he married Chi-chi after the 23rd martial arts tournament (assuming each tournament actually does take place every 5 years, and the fact that Goku said he was only 12 at the first one). I'm not sure how much time they wasted before they "did it" but its not like they were doing much prior (Goku was jobless, and Chi-chi seemed to be VERY ready etc.) So lets say Goku was 26 when Gohan was 4 at the beginning of DBZ. From the beginning of DBZ to the Cell saga 7 years pass (Gohan's 11th birthday) Goku loses (dies by Piccolo's attack) and regains a year (RoSaT) So he's at most 33 when he dies after the Cell games. Its pretty much agreed that people don't age in other world so he's still physically 33 while he's chronologically 40, IF dead people do age in other world he may actually physically 40 lets see some one defend that they do. Okay now 10 years pass after the Buu saga Goku is 43 physically (or 50), Vegeta THEN makes a point to say that saiyans age slower than humans. Also keep in mind Goku said he was "busy training" during the 10 years before Uub came, and he trained the following 10 years with Uub before GT/DBM. How old approximately is Salagir and his defenders saying that saiyans get once their power growth slows? //

I'd say Gogeta wins based on what was said already.

Gogeta. Both Goku and Vegeta have had time to gather individual experiences more so (since 2 > 1), thus would be more skilled and perhaps more powerful as a result of training. Plus, Goku seems to think that he can get strong enough to challenge Vegetto in the finals without fusion. 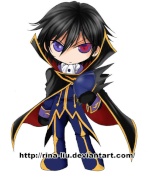 well it will also depend on what salagir believes what kind of boost and power increase the fusion dance gives in comparison to the patora fusion.

i think gogeta won't show up in the tournament, but mabey when the tournament is over they have a sparring match (that is of course if vegeta agree's to do the silly dance)

I'm sure that Gogeta would be stronger than Vegetto, because Vegetto contains a Goku of SSJ3+a strong SSJ2 Vegeta + 20 years light training, while Gogeta contains a Full Power SSJ3 Goku+ an equal Vegeta + 20 years very hard training! But Gogeta has a time limit.... so there must be a massive difference between the two beings of different types of fusion(potara, dance) as Gogeta could win....