The 50 Hitler Post is a classic trolling technique, known both for its versatility and widespread appeal.
There's even tools to troll the blind.
Handy chart to trolling /tv/.
Not exactly epic, but still fun.

Always use proper grammar and spelling. Failure to do so will result in the obvious retort.
Choose an insane idea and STICK WITH IT. Ignore all other arguments and any other form of logic or common sense.
Kidnapping Jew soldiers. Classic Hezbollah troll for inciting Holy War and for Ninja Evangelist Christians trying to jump-start The Rapture.[2]
Use many sock puppets to try to convince everyone that someone at random is a troll.
Use people's ignorance about IP addresses to your advantage.
Fifty Hitler Post
Fake journals
HAGGER??!?!?!?
Crapflooding
Posting offensive links or images and claiming they are work safe
Using the word abortion in a sentence
Making a conservatism post in liberal comm or vice versa
Suing someone in Internet court
Listen to TrollfesT to get in the mood.
Hacker
Inane flame
Ministry of truth
Mail lists
Be a famous black rapper at the MTV Video Music Awards, wait for some random white girl singer to win an award and then say, "(White Girl's Name), I'm really happy for you, Imma Let You Finish but (Random Black singer nominated) had the best video of all time."
TL;DR X I'm really happy for you but Y had one of the best Z's evar.

Sprinkle "citation needed" tags into user comments on Wikipedia talk pages.
Google Drop their name all over the Internets.
Posting an offensive image as the userpage for a new user via administrative means on AE and then locking the page so it cannot be edited.
Even making the suggestion that racist stereotypes are, in fact, with merit.
Guides on trolling is also another good way to troll.
Make an intoductory post on a forum that starts out "Hi my name is _____ and im a scientologist from..." just sit back and watch the moral fags educate you and everyone else about scientology while others try to stick up for you.
It is possible for one to troll by pretending to get trolled. Furthermore, it is possible for another to troll by pretending to be trolled by the one pretending to be trolled. The vicious chain continues on to the point where all are trolled simply by trying to follow and understand it

How to spot a troll

You want to be careful when you are fighting a troll.
Inject both at once for Troll Superpowerz.Most trolls believe that they are, in fact, funny. Anyone who does not agree with them is obviously either: overly sensitive, has no life, no sense of humor, or is a combination of two or all of these. In many instances, one can see where troll has in fact messed up but is too wrapped in his own little laugh to notice how much of a douche they have really been. These trolls are the easiest to identify, as they often stop leaving comments when it is obvious even to a monkey with a brain tumor that they have fucked it up, or when you see a comment that begins with telling the owner of the site/picture/story/etc that they suck for no good reason. To be absolutely sure, look for the word "lulz" anywhere in their comments, or YHBT at the end of the comments.

Made by a fucking experienced and successful Jewgrounds troll

1- You must always do it for the lulz.
2- You're a troll, nothing and no person can hurt you, except overfeeding.
3- Attack in packs, the B& hammer can take down lone wolves like Americans to a MG42.
4- Keep all inter-site raids silent. The target may learn and prepare.
5- EXPLOIT EVERYTHING.
6- The craftier the target, the moar research you must do.
7- LURK MOAR.
8- We are not your personal army.
9- The 1337 are not to be targeted, they won't feed you if so.
10- Research: Your new best friend.
11- White Knights = Internet Tough Guys = Pussies
12- In true raids, close the pool first.
13- Never use the homosexual insult. It makes you look like a pussy.
14- Post cats on Caturday.
15- No raid intel for newfags.
16- One must have a /b/ file.
17- One must have a fap file.
18- Proxies keep you from getting v&.
19- The Copy Link option can save your from your own keyloggers.
20- /b/ is home and home tends to fall sometimes.
21- You must ALWAYS do it for the lulz. 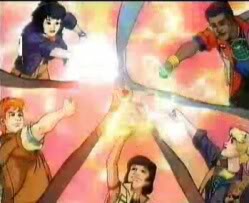 What is "Trolling"?
Trolling is a kind of prank and a dying art form, full of failed attempts and people who don't even know what trolling is.

Most ignorant newfags think that trolling is merely someone getting in an argument, or a fight, or attacking others. However, people do this all the time on the internet when they're not trolling. Trolling that does this is obvious and usually fails. People who think everyone who disagrees with them is a troll are so easily trolled that they'll fall for Concerned Mother. A skilled troll can just appear to cause no conflict and agree with people and do it in such a way to provoke everyone else into a shitstorm.

The internet is full of people that think just being internet trash makes them a real troll. Acting racist for lulz is trolling but simply being a racist is not. Acting as stupid as Chris-chan because you really are that stupid makes you a lulzcow and not a troll. If someone goes and slips razor blades inside the hamburgers of little kids and goes "haha you have been trolled nublol", despite being hilarious, that's not trolling, it's being a psychopath and a poser. Even worse than that, there are furries. Common sense would say that no one could seriously be like that, that all furries are trolls, but then again, common sense is often very, very wrong.

Even when someone knows how to troll, they usually fail to be funny and then experience troll's remorse A.K.A being a butthurt, empathetic, douchenozzle. Such feelings tend to pass once they realize that people who take the Internets seriously enough to get upset by trolling really ought to kill themselves. Once they reach this point, they are said to suffer from Internet troll personality disorder. After long enough, they may even develop Chronic Troll Syndrome.

The most important thing that any troll should remember is not to believe in what you are saying, and be comfortable with telling made up lies whilst avoiding the truth or any factual details about your own life because not only are these boring, they could be used to identify you (unless, of course, you also lie about the details of your life.) To avoid the onset of troll's remorse, follow this technique and just lead them further down the avenue of trolling, swallowing your bait hook, line and sinker.

Only when one is a skilled troll can they pull off trolling IRL, such as Agent Pubeit, Penis Pump Sex Scandal, IRL Harry Potter spoilers, etc. 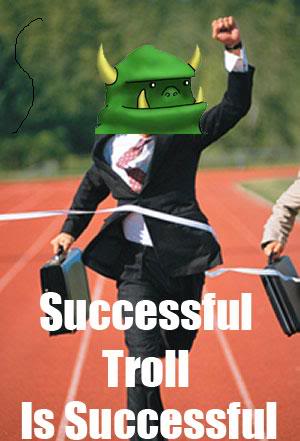 Wow. That's more of an article than an ordinary post.

it's obvious that stick is a /b/tard 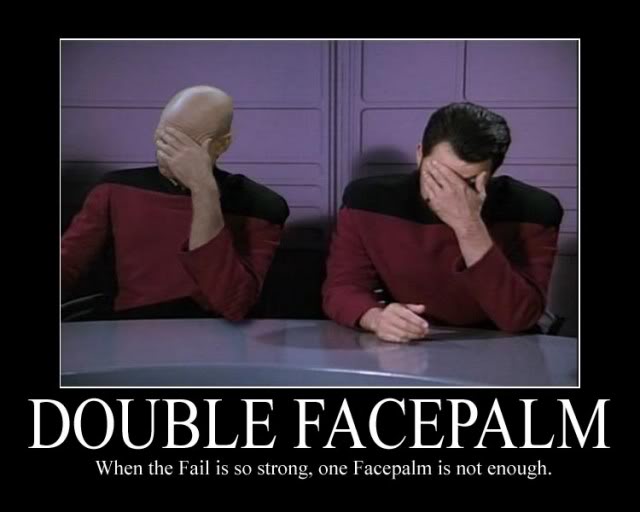 So do I. Got something to say about it?

meh... If only I thought western comics were better

/a/ is full of morons anyway