Shaded Chronicles has been updated. Figured I'd make a separate thread in case anyone had any questions in particular about anything. I'll try to update here whenever I put a new chapter out.

*scratches head* Shaded Chronicles has Goku dying on Namek against Frieza, and it being a permanent thing (as was originally intended). So the story focuses on Vegeta and Gohan with. Its noticeably darker than DBZ as a result.

I've also got my unofficial U16, which is becoming increasingly removed from DBM cannon as time goes on...still going to finish it though. ^_^

Could you gave us the link please

links would be helpfull indeed
the fics are in english right? because i can't read french

lol. i can't speak French, so that would pose a problem in making it French...

Put the links up. Didn't originally because Barth was nice enough to post them in the recommended Fic section. ^_^

good read, when will a new update come?

question about the last part, you made your broly lose his left arm, from the combined attack of ssj2 bra, mystic gohan and ssj3 gotenks. before he was reverted back to ssj.
while you do mention he's invunerable when still lssj.

can you explain this?

Shock of the explosion managed to knock him out of LSSj as per Salagir's rules. But, they held back a bit too much to protect the planet from the crushing weight of the blast, so it wasn't quite enough to finish him off.

do you update the fic regularly or take your time?

I will read them ASAP

16 is on partial hiatus for a bit. I try to focus on one story at a time, so I'll go back to it when I get burnt out on SC.

Speaking of which, updated again.

Leon, I've been reading them at work since I had nothing to do (and I work at a helpdesk) Chapter 7 and 8 were nice, I like it when things get about more rougher. Tend to do that with my own fics to give people quite the scare and others to enjoy some overuse of violence and gore. 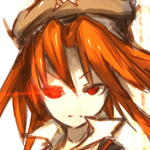 Yeah. Fights aren't "clean". There's no logical reason why a Kaizan can hit Cell or Vegeta can blast a hole through Buu just because they can regenerate and not a more mortal opponent. There's no reason Vegeta can rip off an androids arms and not king kold's head, ect.

Well. Gohan is getting started with serious training a year early, and is training harder than he did in the series due to having the extra motivation. Gohan, Vegeta and Goku are going to be stronger, because Gohan / Vegeta are incorporating Goku and Vegeta's training style (Vegeta is actually training with a partner....sometimes, and Gohan is doing gravity training). Goku will be stronger because, well, he's getting that much more time doing intense training in otherworld.

Power wise, they were both overdue for the transformation, both of them just needed their trigger.

At the start of that chapter, the powers were:


I only list Battleworn Gohan because, for the purposes of the chapter, it was the only one that really mattered. Vegeta's battle-worn state happened while Gohan was blacked out, but it was under Kold.

I agree with Toriyama: Giving out powers ties your hands...if you do it -during- the writing. Long as I give it to you guys after it doesn't matter, well...it doesn't matter. ^_^

Wait, are you saying that Goku will return later in Shaded Chronicles?
That would be cool to get that part of DBZ from your perspective

Or I might do something with him in other world. *shrugs*

Point is as long as Goku exists, he'll always be a force to be reckoned with. Say, if all the other heroes got killed by Cell, who left the planet without blowing it up for whatever reason, and Buu got released 7 years later? Guess who's ass would be on the front lines faster than you can say "24 hours"?

O.K correct me if i'm wrong, but to memory freeza has 5 form's but skipped his 4th form, which is why coolers form is called the 6th right?

If so is the skull bone protruding form king cold used the 4th form or did you just make up a new 3rd form?
Not that it matters just wondering.

freeza has 4 forms.
cooler showed up in his 4th form then showed a 5th tranformation.

king cold looks the same as second form freeza (only different color and alittle taller)
it's hard to say if this is a supressing form or his actual form.