So about freeza in db:m, so far he has had it easy.

but when he actualy has to fight, do you think he has become any stronger?
or perhaps evolved his own 5th form?

I think he has like cooler found the way to unlock or force evolve his body to use a 5th form. now i've seen plenty of fan arts of this but almost all are just re-colors of coolers 5th form.
disregarding the notion that he might not have control over the form of the look.
Knowing freeza he would not want to look the same as his brother and instead have his own unique form.

so what are your thoughts or opinions?

i think he has. and i think he will have a nice long epic fight with nappa. but come out the victor. roketto would love that. i saw a design of frieza fifth form on deviant art that looked more metallic and shiny but still retained that "ice" feel to the race. it def wasnt a cooler reskin. i would like something equally epic and unique. maybe frieza found a different path to power.

king cold is another interesting fighter. is he in his second form? does he have more transformations? i hope he fights raditz or king vegeta.

A whole topic dedicated to Frieza-sama!

You can imagine my happiness.

As for his fight, I get the feeling that Salagir has his Broli-blinders on, & hasn't much payed attention to the development or possibilities for the other villains.

Anyway, I've already outlined a lot of my theories in the DBM messageboards. Shoot, now it'd be hard to go back & find all my postings on this stuff........well, maybe when I'm bored one day, I'll set up a thread to house all my relevant posts so I can refer back to them. 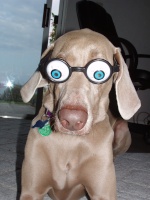 id say freeza has a 5th form (super freeza). and i also think it should look somewhat like Coolers Super form. not identical but really similar. my reasoning for that is that i think its a genetic form of the race, not artificially created augmentation. so just like the ssj/oozaru all look somewhat similar, the arcosians also should look similar throughout their different forms. this means that cooler actually has 5 forms and all of them share similarities with freezas 5 forms. also Cold actually is in 2nd form and has 4, maybe 5 forms total of his own, which all look similar like the ones of his sons. because all the forms are part of their genetic make up.

id say that freeza actually got stronger, even in his 4th form. maybe finally gaining full control of the power, which he lacked, as he said himself. this might have led to him gaining access to the next form of "Super Arcosian", just like cooler did.

if nappa can use super saiyan. his fight with freeza will be interesting to see

well we havn't seen it yet even though we saw ssj kakarot. i dont know if it will be good for storytelling for nappa of all people to get mad enough for ssj. then again he could have the same reason raditz would have. that hes sick of falling behind. and just once i would like oozaru to fight evenly with someone or at least show off more powers. the only time we've seen a great ape in a massive long duel is ssj4 goku vs baby in gt. oozaru is pretty underrated and it should be used more. not just another super saiyan. i think raditz could use both in his fight. get knocked out of oozaru, then go ssj. just an idea

oozaru's problem is that low class saiyans have no control over themselves.
vegeta being a super elite díd have control
nappa is a elite, but we aren't sure if he has control over himself in oozaru form.

and the gt fight doesn't realy count, because it was not a real oozaru, but a form being used by a parasite (baby)

radditz woudn't have control over himself, so that would pose a problem. so it would seem more likely he would use ssj before trying oozaru. but i think he hasn't unlock ssj yet.


nappa well he certainly gets angry quite quickly but would that be enough for ssj? heck mabey during the fight he unlocks it.
forcing freeza to reveal his own 5th form to counter this.

not that we've seen. and as far as we know, only vegeta and nappa trained themselves to control it, stated in saiyan saga. it had nothing to do with class, merely how much they trained. they were strong enough and wanted to overcome their weaknesses. it was vegeta's body. just someone else controlling it so how does it not count? of course its real. i prefer that nappa can only go ssj in his oozaru state. then fights frieza fifth form until frieza cuts off his tail and wins the fight.

golden oozaru for nappa don't see a problem with that.

but the tail and being a big target still pose a target...someone that freeza is quick to take advantage off

I suspect he has developed a 5th form, as I doubt he'd let Cooler have one over him after discovering his.

I also suspect Nappa will use his Oozaru form to supass Freeza, but Freeza will reveal his 5th form to beat him.

well, u13 vegeta told raditz EDIT: and nappa to not look at the artificial moon. this could have two reasons:

on an offchance, it could even be that both, raditz and nappa turn golden oozaru by default, due to the power they have in oozaru form. vegeta(salagir mostly) could want to keep that secret.

Frieza shouldn't be defeated easily, because so far his family hasn't done much except be
amazed at everyone else.

freeza himself has been lucky so far. perhaps it will go like roketto said once. all his opponent forfeit

i dont think so killjoy. it took many years of gravity training and rosat for our vegeta to get ssj2. i think king vegeta has nothing to train as hard for. he will be ssj second grade i think. kakarot is regular ssj around goku's post yardrat level. raditz should be around nappas level in golden oozaru, maybe slightly weaker.